Back in England after the break-up with Laura, Graves was close to a nervous breakdown. But then Beryl, who had been in America with them, came to see him, and remained with him until his death.

She tells her love while half asleep,

In the dark hours,

As Earth stirs in her winter sleep

And puts out grass and flowers

Despite the falling snow.

The Second World War broke out and any plans of returning to Deià had to be set aside. Graves tried to enlist but was too old for active service. He and Beryl rented a house in Galmpton, a small village in Devonshire where they remained until 1946. Their first three children were born there: William in 1940, Lucia in 1943 and Juan in 1944. After the difficulties of the post-war years in Oxford and the later tensions of his relationship with Laura, Robert had at last found the inner calm he needed for his writing, and his newly discovered happiness inspired some of his best love poems. One of the prose books he embarked on in Galmpton was The Golden Fleece, a novel which involved exhaustive research of Greek mythology; he became fascinated by the powerful figure of the goddess on mount Pelion and in the novel proposes the existence of a pre-classical matriarchal society. Indeed, he interrupted his work on The Golden Fleece to pursue further evidence of goddess worship in Western culture throughout the ages and its connection with the mysterious powers of poetic inspiration; the result was the first draft of The White Goddess then entitled “The Roebuck in the Thicket”, Graves’s major poetic statement.

During these prolific years he also wrote the novels Sergeant Lamb and Proceed Sargent Lamb, Wife to Mr Milton and King Jesus, and two non-fiction books in collaboration with Beryl’s ex-husband, Alan Hodge: The Long Week-end and The Reader Over Your Shoulder. Old friends who had disliked Riding now began to return, and Graves was also able to resume a relationship with his older children. Tragically, his son David was killed in action in 1943 in Burma, against the Japanese, while serving in his father’s old regiment.

Robert Graves produced the first draft of The White Goddess almost in a trance, in three weeks of feverish writing, after discovering the conclusive presence of a pre-Christian cult to a feminine deity in a medieval Welsh poem called “The Song of Taliesin”. He was then able to establish that the Celtic Lunar Triple-goddess (triple because she represented the three phases of life and lunar because these three phases were symbolized by the three phases of the moon) – who was called Brigit in Ireland and Scotland, and Caridwen in Wales – was the same goddess worshipped by the ancient Scandinavians. And not only that. The book weaves a net, tying loose ends and connecting, with astounding coherence, diverse elements of pre-Christian European mythologies and the Judaeo-Christian religion: calendars, secret alphabets, powers symbolized by trees, numbers, stones or animals.

The existence of the ancient European goddess with a face “white as any leper’s”, who adopts numerous names and appearances and who became the central figure of Robert Graves’ poetry in mid-life, was for him the answer to the mystery of poetic inspiration and at the same time to his persistent dissatisfaction with the society in which he lived. Graves sets forth and proves, through numerous examples, that a new patriarchal Greek society, originally made up of nomad cattle-raising tribes from the North, replaced the ancient matriarchal religion with the new religion of the Olympics gods and deliberately re-interpreted the former goddess-myths, adapting them to their new beliefs, in the same way as Christianity re-interpreted pre-Christian mythology in order to integrate it to its own doctrines. The White Goddess was for Graves the end of a long search. The ancient rejection of the intuitive, magical and natural power of the feminine, which still survives in our patriarchal present, was for the poet a clear and conclusive explanation for the errors of human behaviour throughout our history. He had difficulties getting it published, but T.S. Eliot, who was a director of Faber’s, recognized the importance of the book and published it in 1948; Faber’s have kept it in print ever since. 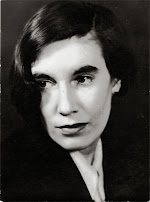 Beryl came from a family of solicitors. Her father, Sir Harry Pritchard, was president of the Law Society. She studied Philosophy, Politics, and Economics at St Anne’s College, Oxford. She was first marrried to Alan Hodge. 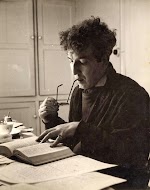 I knew myself once more a poet. 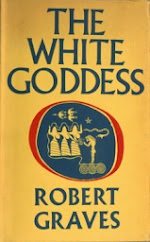 All saints revile her, and all sober men

In scorn of whom we sailed to find her

In distant regions likeliest to hold her

Whom we desired above all things to know,

Sister of the mirage and echo.