Robert attended various preparatory schools, and from the last of these, Copthorne, he won a scholarship to Charterhouse, where he was to spend the remaining five years (1909-1914) of his schooling. Charterhouse provided Robert with an excellent classical education, but he never adjusted to the public-school spirit; his peers, under the influence of a then rampant anti-German feeling, bullied him for his German ancestry and for having a German middle name. Such pressure led Robert to retreat into himself, and soon he began to write poetry, some of which he published in the school magazine The Carthusian. The discovery of what would become a life-long vocation boosted his self-confidence and helped him find ways of surviving in what had become a very hostile atmosphere. He joined the Poetry Society and made new friends there, at the same time taking up boxing as a means of intimidating the school bullies.

Adown the grey-green mountain side

“The mountain side at evening” (extract), The Carthusian, June 1911

At Charterhouse Robert Graves became a good friend of George Mallory, the climber who died on Mount Everest in 1924; he was an English master and from him Graves learned to appreciate contemporary poetry. Mallory introduced Graves to Edward Marsh, private secretary to Winston Churchill and editor of Georgian Poetry, and Graves later figured among the Georgian Poets, the only poetic group or movement he ever belonged to; their aim was to break away from the rather ornate language and exalted themes of Victorian poetry and turn to a new simplicity of language and themes taken from nature. In his last year at school, Graves won a classical exhibition for St. John’s College, Oxford.

Charterhouse, British public school founded in 1671. Graves went there in the autumn of 1909 and left in the summer of 1914 with a scholarship for Oxford. 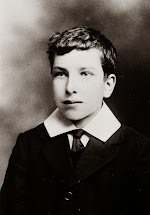 “From my first moment at Charterhouse I suffered an oppression of spirit that I hesitate to recall in its full intensity.” (Good-bye to All That, chap. VI) 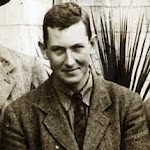 2.3 His teacher and friend George Mallory, before getting lost while climbing the Everest in 1924.

“He told me about the existence of modern authors. My father being two generations older than myself and my only link with books, I had never heard of people like Shaw, Samuel Butler, Rupert Brooke, Wells, Flecker, or Masefield, and the discovery excited me.” (Good-bye to All That, chap. VIII)

“At least one in three of my generation at school died [in the war]” (Good-bye to All That, chap. VIII). Graves is seated, second from left.