Despite the fact that he was well connected with the literary establishment of the time, both in London and in Oxford, Graves felt alienated, and found few friends with whom he could share his obsessive, almost religious dedication to poetry. However, in 1924 Graves came across the American poet Laura Riding, and soon began a correspondence with her, finding a great affinity with her way of thinking. At the end of 1925 he and Nancy invited Laura to visit them and she accompanied them to Egypt; after two terms of teaching, and under the influence of Laura, Robert gave up his post at Cairo university, which he described as “a comic opera”, adding that he had never felt so useless in his life, and returned with his family and Laura to England.

Laura Reichenthal was born in New York in 1901, of Austrian and German Jewish parents. She had a difficult childhood, marked by financial instability as her father, a tailor by profession, embarked on a series of unsuccessful business ventures. Laura was extremely bright and left High School with three scholarships and a place at Cornell University. In her second year she married Louis Gottschalk, an assistant teacher in the Ancient History Department at Cornell. Laura soon began to write and publish poetry, calling herself Laura Riding Gottschalk. In 1925 she became part of the group of poets known as “The Fugitives”, who published a magazine under the same name and included poets such as John Crowe Ransom, Allen Tate and Donald Davidson. She was already divorced from her husband when at the end of 1925 she left the States to visit Robert Graves and his wife.

Robert and Laura began a literary partnership which would last thirteen years. Their collaborations included A Pamphlet Against Anthologies (1927) and the highly influential A Survey of Modernist Poetry (1927), which Graves had originally planned to write with T.S. Eliot. Their relationship soon became intensely personal; Graves found an intellectual match in Riding, and a mind powerful enough to jolt him out of his neurasthenia and give his poetry a new direction. Nancy found a friend in Laura who understood her feminist ideas, and was grateful for the beneficial effect she was having on Robert. They formed a ménage-a-trois, which Laura called “The Trinity”, much to the bafflement and increasing disapproval of family and friends.

After their return from Egypt, Robert and Laura spent most of their time working together on various books, written either separately or jointly. Graves’ biography of T.E.Lawrence was an immediate success and his Poems 1914-26 was well received. In May 1927 they took a house in St.Peter’s Square, London, and soon after bought a house-boat moored in Hammersmith, on the river Thames, for Nancy and the children. They also bought a printing press which was installed in the flat and began publishing small editions of hand-printed books, mostly poetry, under the name The Seizin Press; the first book was Riding’s Love as Love, Death as Death. Robert and Laura had a wide circle of friends, but Laura’s need for power and control over people, and for Robert’s total dedication to her, soon created tensions.

At this point Laura fell in love with Geoffrey Phibbs, an Irish poet with whom she was collaborating on a book, and the “Trinity” became a “Four-Life”. Phibbs, however, did not return her favours, and instead fell in love with Nancy. On April 27th 1929, in a fit of jealousy, and in the presence of Robert, Geoffrey and Nancy, Laura said “Good-bye chaps!” and jumped out of a fourth-storey window: astonishingly, she survived the fall, despite a broken pelvis, four broken vertebrae and a serious eye-wound. The accident caused a police investigation, since attempted suicide was then a crime. It was through Sir Edward Marsh’s influence that the case was dropped. In May Robert and Nancy separated formally.

Out of this crisis Graves found the strength and courage to write his heartfelt autobiography Goodbye To All That, which has become a classic. The book was more than a story of his life; it was a rejection of many of the social and moral values to which he once adhered and a confrontation with the reality of his war experiences. It was also “my bitter leave-taking of England”: as soon as Laura was well enough to travel, she and Robert left England to look for a new home elsewhere. 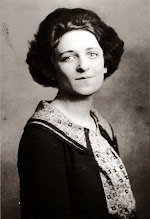 The American poet who collaborated with Graves for thirteen years. 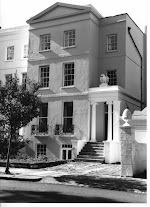 The house where Graves and Riding lived and worked and where the Seizin Press was installed. Meanwhile Nancy and the children lived on the barge. Later Laura tried to commit suicide jumping out of the window of the top floor at the back of the house.

From left to right: Catherine, Nancy, Sam, Jenny and David.

5.4 Inside cover of the first Seizin Press publication

“Seizin” is an archaic word meaning “a token of possession”.

The Irish poet with whom Laura then fell in love. 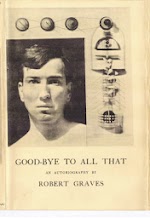 “I no longer repeat to myself: ‘He who shall endure to the end, shall be savèd.’ It is enough now to say that I have endured. My lung, still barometric of foul weather, speaks of endurance, as your spine, barometric of fair weather, speaks of salvation.” (from Good-bye to All That, first edition, “Dedicatory Epilogue to Laura Riding”). Good-bye To All That was published in November 1929. It sold 20.00 copies in the first week and became a best-seller.